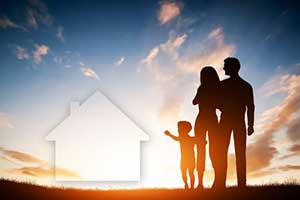 A military home loan, also known as a VA home loan, is a very popular military benefit. A VA home loan is a home mortgage loan that is guaranteed by the U.S. Department of Veterans Affairs (VA). The loan is typically issued by qualified lenders.

The VA loan provides long-term financing to eligible American veterans or their surviving spouses. An eligible veteran can purchase properties with no down payment, no mortgage insurance, less closing costs, at a great interest rate, and under lenient credit guidelines, and many other benefits that make this program a great way to finance a home purchase.

These loans first became available under the Servicemen’s Readjustment Act, passed by the United States Congress in 1944. Under the law and its subsequent amendments, the VA may guarantee or insure home, farm, and business loans made to veterans by lending institutions. Under this authority, the VA has insured millions of loans and mobile homes.

Could You Be Eligible for a VA Loan? 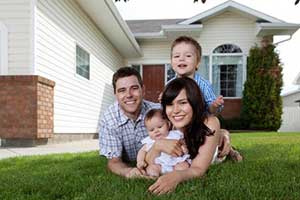 Until 1992, the VA loan guarantee program was available only to veterans who served on active duty during specified periods. However, the program eligibility expanded in 1992 with the enactment of the Veterans Home Loan Program Amendments of 1992 (Public Law 102-547, approved 28 October 1992). It now includes Reservists and National Guard personnel who served honorably for at least six years without otherwise qualifying under the previous active duty provisions. These individuals must pay a slightly higher funding fee than veterans when obtaining a VA home loan.

Veterans, active duty, guard or reserve, and military spouses potentially qualify for a VA home loan. The first step in obtaining a VA home loan is to apply for a VA Home Loan Certificate of Eligibility from the VA and provide proof of your military service.

The eligibility criteria are set by Congress. Here is a brief summary of eight common categories of individuals who may qualify for a Certificate of Eligibility:

Veterans who served in:

You must have at least 90 days on active duty and been discharged under other than dishonorable conditions. If you served less than 90 days, you may be eligible if discharged for a service connected disability.

If you served during the following periods:

You must have served at least 181 days of continuous active duty and been discharged under other than dishonorable conditions. If you served less than 181 days, you may be eligible if discharged for a service connected disability.

If you were separated from service which began after these dates, you must have:

If you served on active duty during the Gulf War, you must have:

If you are now on regular duty (not active duty for training), you are eligible after having served 181 days (90 days during the Gulf War) unless discharged or separated from a previous qualifying period of active duty service.

If you are not otherwise eligible and you have completed a total of 6 years in the Selected Reserves or National Guard (member of an active unit, attended required weekend drills and 2-week active duty for training) and

Individuals who completed less than 6 years may be eligible if discharged for a service-connected disability.

You may also be determined eligible if you:

If you remarry after a certain age, you may still be eligible for the benefits.

Other personnel may be eligible for a VA home loan as well, such as:

For help with your eligibility and loan qualification, consult one of the many VA loan mortgage brokers at Fairfax Mortgage right away. Our mortgage brokers can obtain your VA Certificate of Eligibility for you online and work with you to maximize your VA loan benefits. 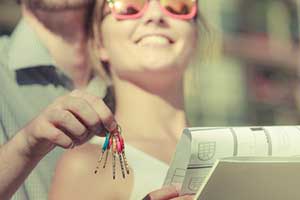 Although interest rates are still historically low, they will likely begin to rise along with an improving economy this year. If you act soon, you might be able to lock in today’s rate levels for thirty years. Why not try to secure a 2017 VA interest rate for as long as you keep your mortgage.

Take advantage of your VA loan benefit, and call one of our VA home loan mortgage brokers at Fairfax Mortgage to see what your benefit may mean for you.

Headquartered in the Heart of Northern Virginia