Statistics on Home-buyers and Home-sellers 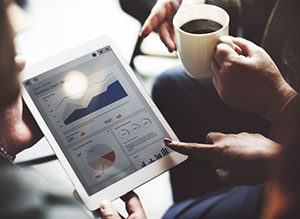 In July 2014, NAR mailed out a 127-question survey using a random sample weighted to be representative of sales on a geographic basis to 72,206 recent home buyers. The recent home buyers had to have purchased a home between July of 2013 and June of 2014. A total of 6,572 responses were received from primary residence buyers. After accounting for undeliverable questionnaires, the survey had an adjusted response rate of 9.4 percent.

Consumer names and addresses were obtained from. Experian, a firm that maintains an extensive database of recent home buyers derived from county records. Information about sellers comes from those buyers who also sold a home. All information in this Profile is characteristic of the 12-month period ending June 2014, with the exception of income data, which are reported for 2013. In some sections comparisons are also given for results obtained in previous surveys. Not all results are directly comparable clue to changes in questionnaire design and sample size, Some results are presented for the four U.S. Census regions:

The median is the primary statistical measure used throughout this report. Due to rounding and omissions for space, percentage distributions may not add to 100 percent.

Home Sellers and Their Selling Experience

Home Sellers and Their Selling Experience

When your home sells faster, you save carrying costs.

If you’ve moved before, you know the energy it takes to prepare for showings, keeping the home clean and altering your lifestyle.

At Market Value, you open your home up to more people who can afford the price.

When agents are excited about a home and it’s price, they make special efforts to cotact all their potential buyers.

When a home is priced correctly, buyers are more likely to make a strong initial purchase offer – they do not want to risk losing the home.

If a home is correctly priced, the excitement of the market produces higher sale prices. You NET more both in terms of actual sale price and in less carrying costs.

Financing should be provided from a qualified home mortgage broker

Fairfax Mortgage Investment brokers pride ourselves on the ability to provide assistance in our local market. We are here to assist with acquiring your home with proper financing when you are ready to buy. If you would like to learn more regarding how to finance a home after renting does not seem like the best option anymore, please call or reach out to us using the contact form with any questions. We are glad to help.

Headquartered in the Heart of Northern Virginia